Len Saunders is an author, spokesperson, educator, guest speaker, media personality and consultant on all matters related to health, fitness & wellness. To learn more about Len, check out his biography below. 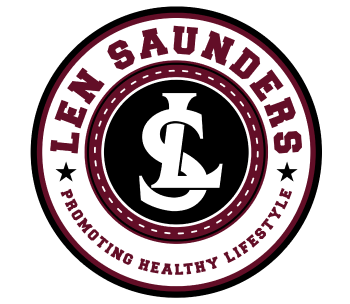 Contact Len as a media source to discuss health, fitness and lifestyle topics.

Contact Len to book him for a corporate or school event as well as guest speaking.

Contact Len for a book signing at a school, library or any children's event. 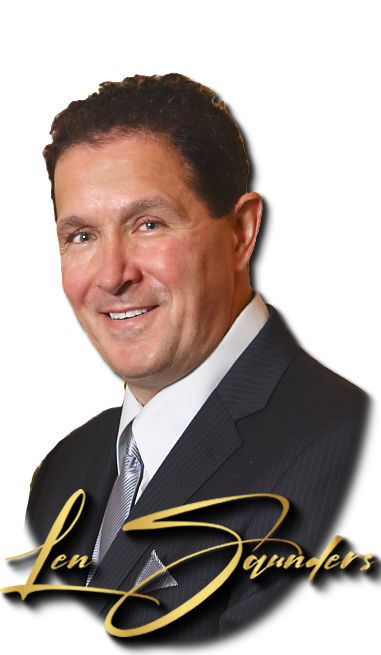 Len is an award-winning, best-selling author and a motivational speaker in the fight against childhood obesity. He is recognized nationally for his innovative wellness events. Recently, you may have seen Len on such media giants as CNN, Good Morning America, CNBC, The Today Show, ESPN, Nickelodeon, MSNBC, The Fox Channel as well as the front page of The Wall Street Journal.

Len has served as a consultant to the President's Council on Fitness, Sports and Nutrition as well as a spokesperson for the American Heart Association on the topic of childhood obesity. He has written articles for various media outlets including US News & World Report, Sports Illustrated for Kids, FOX News, MSN, AOL, PBS, Muscle & Fitness, USA Today, Working Mother, The National Wildlife Federation and Yahoo. Recently, Len worked with The New York Times Company as an expert in the field of children's health.

Len has received praise for his leadership in the fight against childhood obesity from professional athletes, celebrities and Presidents of the United States. He has been invited to the White House on numerous occasions. He has also won multiple awards at the state and national levels for his efforts to keep children healthy and fit. Some of Len's books have reached the #1 spot under the category of exercise on Amazon's best seller list. Len's approach to children's health, fitness, and wellness is quite simple but extremely effective influencing millions of children worldwide to exercise. Len is best known for creating Project ACES, an event in which millions of school children worldwide exercise simultaneously in May each year.

Learn more about Len in the videos below. Book Len now to work with your company or organization by using the contact link located on the top menu bar.

Watch Len's appearance on Good Morning America where he discusses his popular book entitled Keeping Kids Fit. Len also talks about one of his national initiatives called Project ACES, where millions of children exercise simultaneously each May since 1989. The book 'Keeping Kids Fit’ sold thousands of copies and will soon be going into its second edition with some new and interesting chapters.

Len has authored ten health, fitness and wellness books, all of which have proven to be valuable resources for many children, adults, or teachers. He maintains a popular daily blog covering all topics health related. Len is also the creator of some nationally recognized health and fitness initiatives such as Project ACES, PACES Day and Exercise US. Check out the information videos above to learn more!

Please support our site sponsors and visit their web page!

S & S Worldwide is committed to helping fight childhood obesity with health and fitness products and free activity resources that make it FUN to be FIT!